The history of the development of flashlights

2020-06-01
Prototype
Edison invented the light bulb, Faraday invented the battery, invented the real flashlight. However, the light-emitting performance of the bulb is very unstable, and it is dark and bright, so it is called "Flashlight". Until the late 1960s, with the advent of alkaline batteries, the “lighting function” of flashlights was considered complete. The first generation: Features: tungsten filament light bulb + alkaline battery, the first generation flashlight with surface plated iron shell as the shell, commonly known as "old-fashioned flashlight" Was burnt out. The battery uses a large alkaline battery with a large volume but low endurance. The shell of the flashlight is made of iron plated on the surface, which is light but simple in process.

Second generation
Features: The bulb is filled with protective gas + high-performance battery, and the aluminum alloy is used as the shell material. The second-generation flashlight has a new breakthrough in terms of performance and appearance. A typical representative of the second generation flashlight is the use of krypton gas bulb + alkaline battery, the lamp life is longer, and the battery life is longer. The aluminum alloy is used as the shell material, and the surface is oxidized. The process is fine, the appearance is exquisite, the color is rich, and the texture is quite good. Another typical representative is the use of xenon bulbs + lithium-ion batteries. The bulbs have a longer life, the brightness is greatly improved, and the color temperature is higher. The concept of "tactical flashlight" is proposed, which opens up a new market for flashlights.

Third Generation
Features: The application of new lighting technology-LED. The color temperature has reached an unprecedented height, close to or even higher than that of white light, and lower power consumption. The main feature of the third-generation flashlight is the use of LED bulbs. Due to the structure of the LED itself, the reliability is better. The light-emitting mode also appeared on flashlights for the first time. Once launched, it was very popular.

Is there a difference between a flashlight and a riding light?

What are the precautions for using the glare flashlight?
Links： 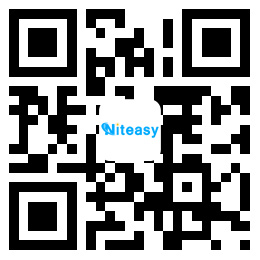